Our hosting platform, the system we use to manage our servers and hosting accounts, is constantly being updated. Back in October 2018. the cPanel blog announced it would be getting rid SquirrelMail, one of the three webmail systems they've provided for years. In case you don't have the interest or time to read that post the bottom line is that SquirrelMail had not had its underlying software updated in many years, and apparently there were no plans to update it. This meant offering it as a webmail client would leave it increasingly vulnerable to security holes. As an open source project, hackers could access the code and search for potential vulnerabilities to exploit. 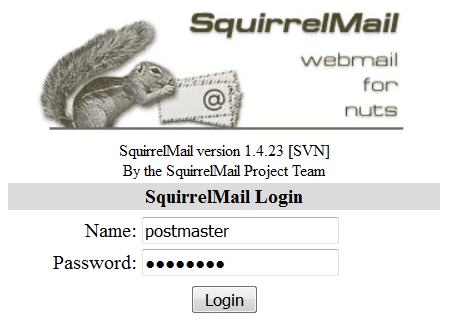 The plan was to eliminate SquirrelMail with the release of version 78 of the cPanel software leaving only Horde and Roundcube. Well, version 78 reached its stable release and we updated servers at the end of February. "Poof!" SquirrelMail was gone.

Not a big deal you say. There are two other webmail clients. But some users also had built up a pretty extensive address book and, well, that was gone too. Fortunately. I found a tutorial on the cPanel Forums to export the SquirrelMail Address Book data (yes, it still exists) and import it in to either of the other webmail clients.

After a bit of experimentation, we were able to make this work for a few clients who contacted us. So, if you have found your SquirrelMail address book disappeared. Let us know. We can help.

Morse Media has been my host since August 2006. In that time Bob and Co. has been by my side, making sure my websites and hosting needs are met to my satisfaction. I never get lost in the job ticket shuffle that can happen with other vendors. While I may never meet Bob and Co., I feel I can trust the people that work for Morse Media now and in the future.